During Q3 the bull market in stocks became the second strongest in U.S. history with a gain of over 260% from its bottom in 2009. Similarly U.S. household wealth increased in the third quarter to yet another record.

The Government reported the economy grew at a strong 3% during the second quarter of 2017, up from an earlier estimate of 2.6%. Stronger consumer spending and expanded manufacturing are the main drivers of growth. In fact, American manufacturing expanded last month at the fastest pace in 13 years with 17 of 18 industries reporting growth in September.

The Fed voted to keep interest rates steady at their September meeting, but they did announce plans to begin the great “unwinding” of their massive $3 trillion balance sheet. Beginning in October, the Fed will sell Mortgage Bonds and Treasury Securities every month. It is anticipated that as the Fed sells rates will rise and the spread between 30-year mortgages and 10-year Treasuries will widen, pushing mortgage rates up by an extra eighth of a point.

In Marin County, the Single Family Home market Q3 figures show a decrease of Inventory, Percentage of Homes in Contract and Number Sold compared to last quarter, while Days on Market increased. Average Price Sold had a slight decrease in Q3 to $1,606,232, down 1% from Q2 and up 12% compared to the same quarter last year. A notable 13 Single Family Homes sold between $5-$7 million in Q3. 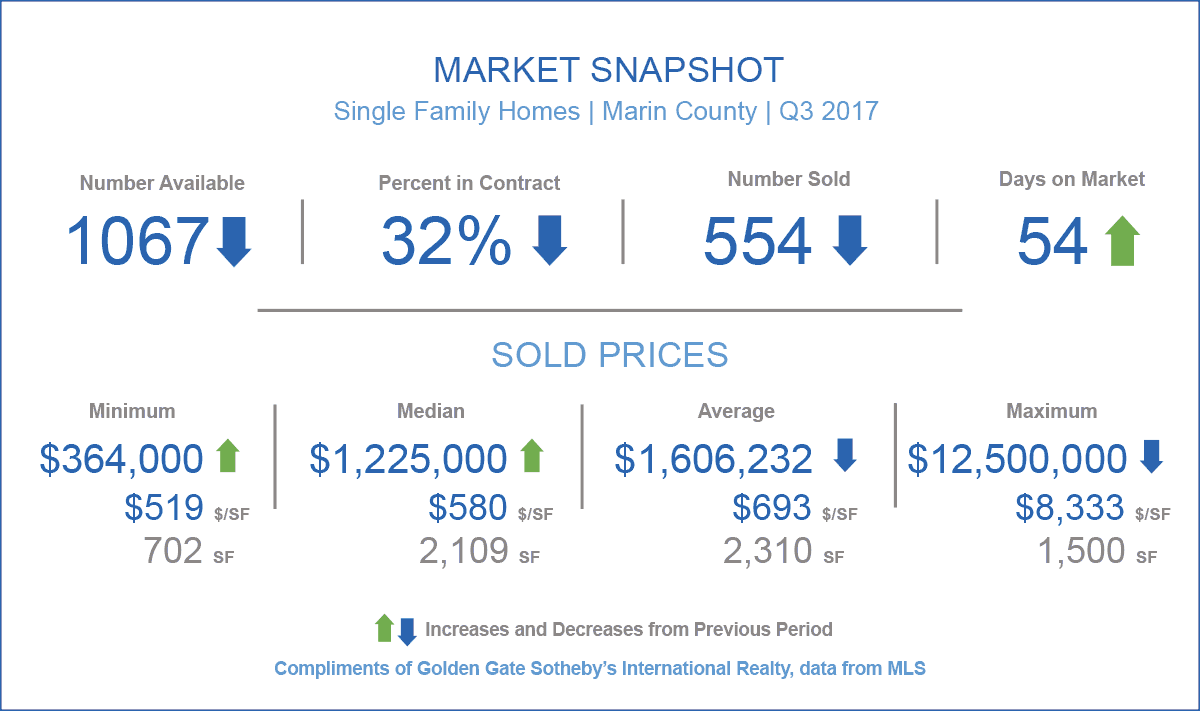 With 554 sold, Marin Single Family Home sales in Q3 were up 9% from the same quarter last year and down 19% compared to the end of Q2. Decreased inventory and the seasonal summer market slowdown influenced the Number of Homes Sold in Q3. 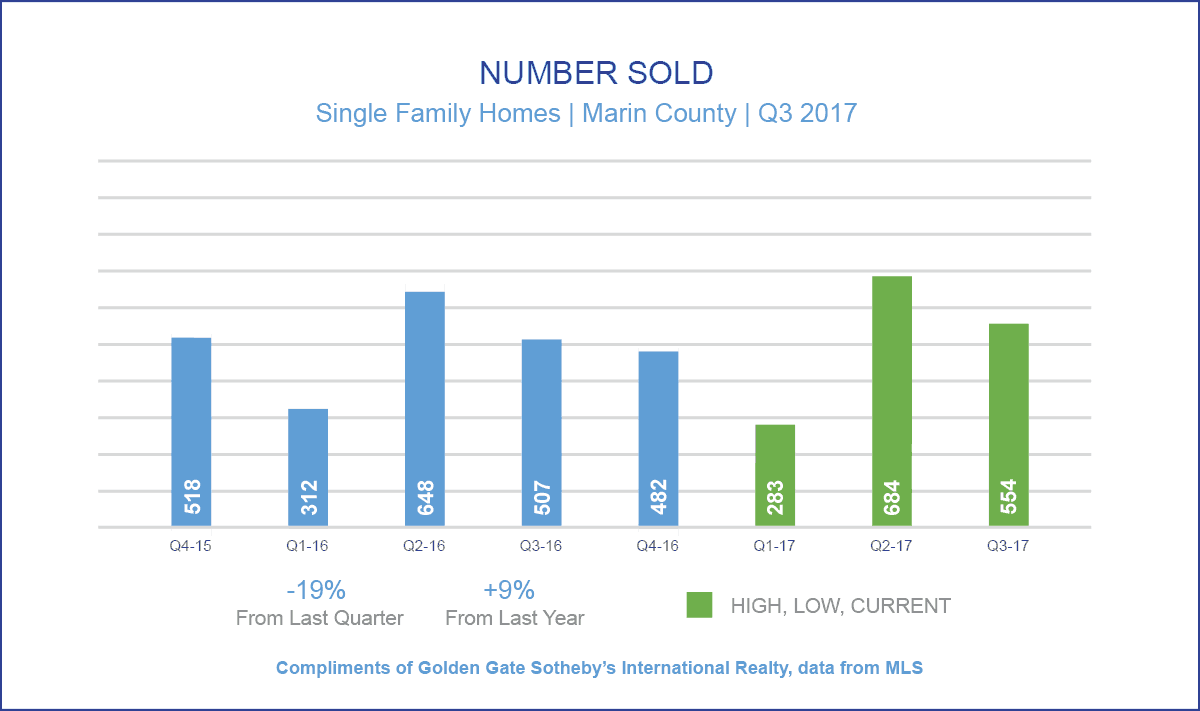 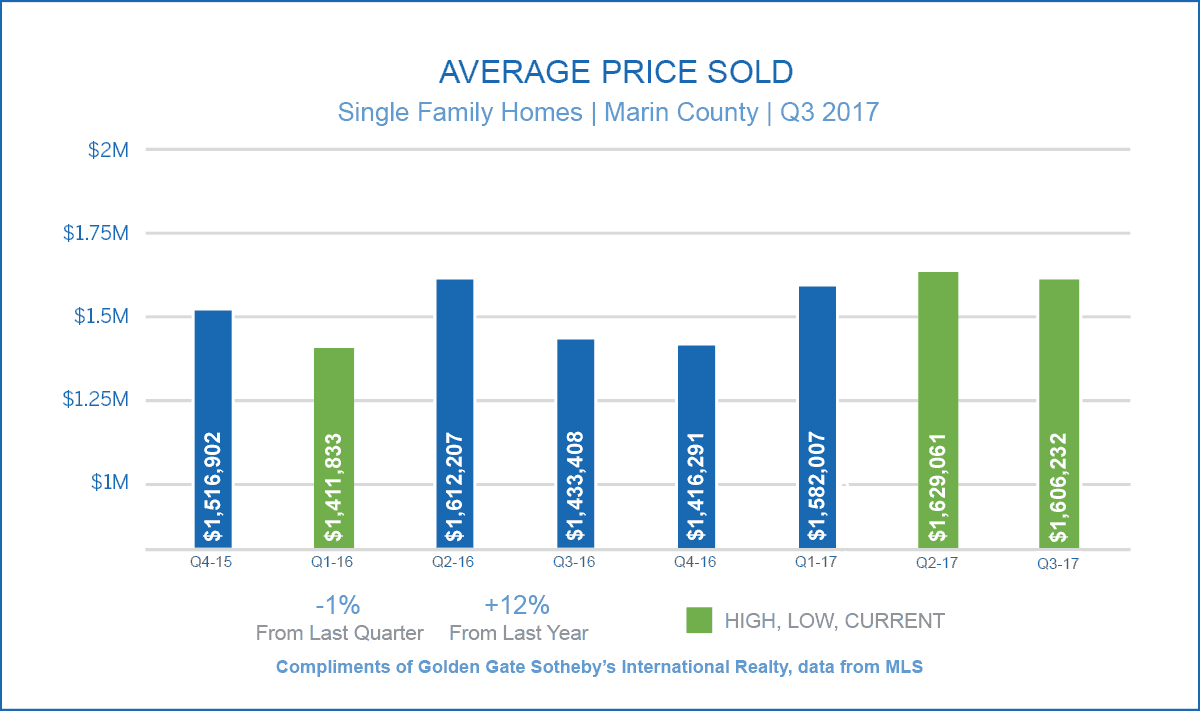 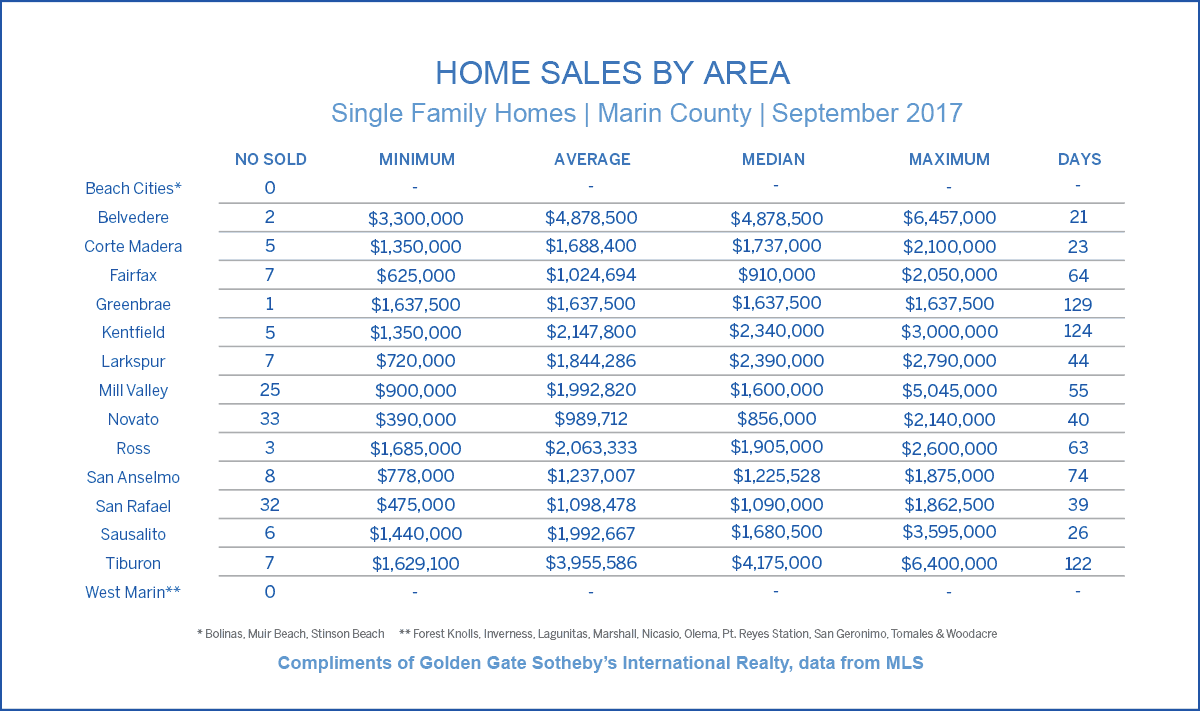 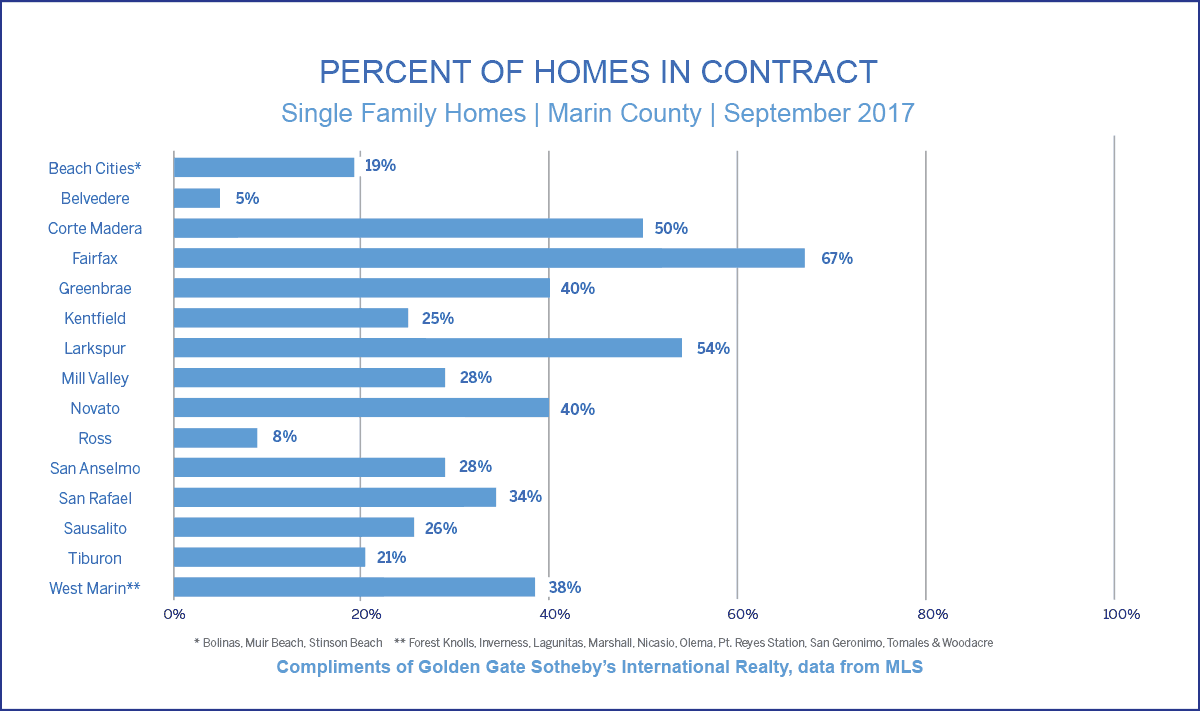 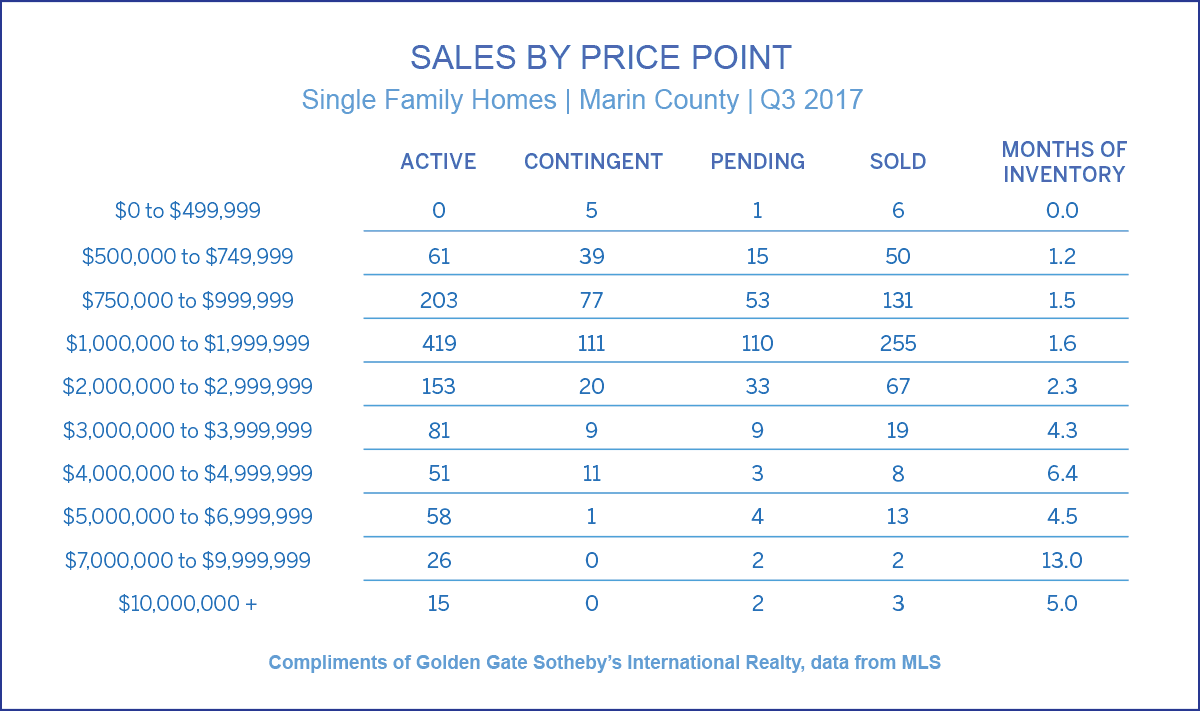